The general goal of this blog is to bridge the gap between the negative perception of Rochester and the often remarkably positive reality.  One of the most unique features of Rochester is the fact that long-time Rochesterians are among those who need the most convincing.  While the self-deprecating nature of Rochester can be quite endearing, it can also at times cross the line into relentless negativity.  Take for instance one local newspaper's feature on downtown's revival in which it refers to a "reputation of defecating on every potentially good thing that comes along." Or another paper's insistence that low local unemployment should not be celebrated because "we can't forget our past, and we can't help but look around and see that some things are rosier someplace else." After about five and a half years of living in the area, the only logical conclusion is that cognitive distortions have become a part of the local psyche.  As per wikipedia, cognitive distortions are exaggerated or irrational thought patterns that reinforce negative thoughts or emotions.  In Rochester's case, the following are the most common cognitive distortions along with a slightly more balanced outlook:

Distortion: If you leave city A because city B offers a better job, city A is horrible and dying.
Balance: Based on simple math, mid-sized cities are unlikely to offer dream jobs to all individuals who grow up there or attend college there.  To believe they can is like believing in the tooth fairy...at age forty.

Distortion: Your negative data is unique to you, or at least more negative than anyone else's negative data.
Balance: Companies go bankrupt, move, and split everywhere.  I believe it's called business.

Distortion: Past performance always dictates future performance, especially if past performance was negative.
Balance: If my daughter makes a mistake at a piano recital, I shouldn't tell her that failure is her destiny.
Posted by Amol Shrikhande at 5:10 PM 1 comment:

New Yorkers get crushed on taxes, at least relative to other states.  The Tax Foundation recently identified New Yorkers as paying the highest percentage of income (12.7%) to state and local taxes of any state in the country.

I have to preface what I'm about to say with the following: (a) I would love to pay less taxes, and (b) New York State has to figure out a way to make its tax climate more appealing to business.

With that said, there is some evidence that we in New York State and Rochester in particular are not being completely robbed (just partially robbed):

As Rochester enters the depths of winter, it's always worth a reminder that a reasonable chunk of the country is right there with us.  In fact, despite a healthy dose of clouds and snow, Rochester is actually relatively warm (with relatively being the key term.)

Last year, 24/7 Wall St. attempted to identify America's 50 coldest cities with a population of at least 10,000 people.  Taken into account was the average minimum temperature in the coldest month of the year using data from 1981-2010.

Tropical Rochester, NY did not make the cut.  Amply represented were cities in Alaska, North Dakota, South Dakota, Minnesota, Michigan, Wisconsin, Nebraska, and Iowa.  Here are a few of the bigger names that made the list, in order of coldest to warmest:

Posted by Amol Shrikhande at 1:07 PM No comments:

We've all heard the standard story about Rochester (and perhaps even told it ourselves): it's cloudy, Kodak has fallen, downtown has collapsed, and anything positive is not as positive as anything in Texas, Florida, or the Carolinas.

Meanwhile, as the standard story is told ad nauseam, another story has unfolded: the region continues to grow (slowly, I know), arts and culture remain phenomenal, the beer/wine/cocktail/coffee scene can compete with anywhere, young people are embracing Rochester, and at last check outdoor activities have not relocated.

So the next time we are asked to describe Rochester, rather than stick to the usual narrative, here are a few alternatives:

Posted by Amol Shrikhande at 9:23 AM No comments: 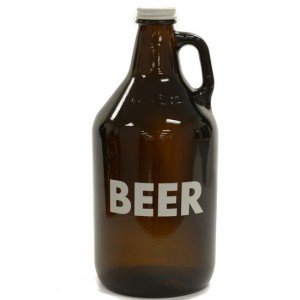 For years, creativity has been a defining feature of Rochester.  Today's artistic vitality is based in the region's impressive entrepreneurial history.  Big names such as Western Union, Kodak, Xerox, Bausch & Lomb, Gannett, French's Mustard, and Champion have their roots in Rochester.  Given the downsizing and/or relocation of these iconic companies, one might expect that intellectual activity has also waned.  But at least as of five years ago, such productivity was alive and well.  Here is a list of the 20 American metro areas with the most patents per million residents as assessed using data from 2007-2011:

After five and a half years of living in Upstate New York, I have realized that part of the culture is to apologize for living here and discuss when you are going to depart.  Yet interestingly, Upstate New York comprises 20% of this list.
Posted by Amol Shrikhande at 4:27 PM No comments:

The New York Times recently revealed its 52 Places to Go in 2016.  As is the norm in this yearly feature, a diverse range of worldwide destinations is chosen, and several dark horses generally find their way to the list.  This year, two in particular warrant mention:


If you haven't guessed, City A is Grand Rapids, Michigan, and City B is Providence, Rhode Island. What is the point? Rochester has all the ingredients to be a legitimate destination.  All that is required is ongoing downtown development and perhaps an attitude rearrangement.
Posted by Amol Shrikhande at 1:02 PM No comments:

For a region once known as "The World's Image Center," Rochester has a surprisingly poor self-image.  One might think that the area would tout the following:


Unfortunately, one data point is made to overshadow the above: Rochester has been pinned as the fifth poorest city in the U.S.  As stated many times previously, the point is not to deny poverty or to dilute the importance of addressing it.  The point is to right-size the problem.  By comparing cities which comprise widely different percentages of their metro areas, the urban poverty statistics are at best misleading and at worst completely invalid.  In Rochester's case, the urban poor represent about 6.3% of the metro area.  In other words, 93.7% of the metro area is not captured in this statistic.  (Granted, among the 93.7%, there are more than a few suburban and rural residents contending with poverty, but you get the point.)  By completely ignoring the remarkably positive aspects of the region in favor of relentlessly highlighting a less desirable factor that is not even being properly characterized, our behavior can be equated to:
Posted by Amol Shrikhande at 7:07 PM 1 comment:

It's always nice to start a new year with a dose of optimism, and Rochester makes it surprisingly easy to do so.  The greatest asset of Rochester is undoubtedly its citizenry.  Only a collection of resourceful, creative, and forward-thinking people could have allowed for the region's remarkable resilience and somewhat inexplicable growth over the past thirty years.  And a good deal of evidence points to Rochesterians having the right tools to continue this noteworthy path onward.  In fact, as reported by many local media outlets, Rochester has been noted yet again to have perhaps the most critical tool for future success: intelligence.  Here is a list of the ten metro areas with over 1 million people that have the highest percentage of residents with advanced graduate and professional degrees:

If people outside the region were asked to predict the aforementioned ten metros, they would:

Posted by Amol Shrikhande at 6:00 AM No comments: