It's safe to say that the national perception of Rochester (if one even exists) does not include wine.  There is no way that Rochester, which can resemble the Kingdom of Arendelle in the movie Frozen, can make wine.  Right?

Actually, wrong.  As with the coffee and craft beer trends, Rochester and the nearby Finger Lakes region are kind of on fire when it comes to winemaking:

Well worth a read is Evan Dawson's captivating book about the region, Summer in a Glass. 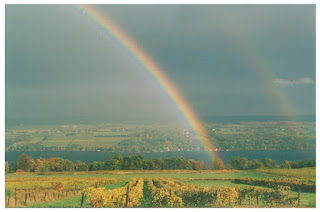 Posted by Amol Shrikhande at 6:18 PM