Perception: New York State is one of the least friendly states for business.  Rochester, being in New York (actually, even worse...Upstate New York), must be disastrous for business.

Reality: Rochester, despite being located in both Upstate New York and the Rust Belt (double whammy), might actually be a great spot to start a business.  As reported by the Rochester Business Journal, WalletHub recently ranked the 150 most populated cities nationwide with regards to relative start-up opportunities.  Thirteen unique metrics were used, ranging from 5-year survival rates to the educational attainment of the local workforce.  The findings:

Time to move to Rochester.
Posted by Amol Shrikhande at 6:35 PM 1 comment:

As part of the never-ending quest to help earn Rochester the respect that it deserves, I recently wrote a book entitled Rochesternomics: Why, Statistically Speaking, You Should Live in Rochester, NY.  The goal of the book is to use data to overcome perception and illustrate not only an acceptable region but quite possibly one of the most desirable regions in the country.  Reasons to not buy this book include:

On the other hand, the book could be a useful resource for community businesses, universities, and residents in general to help Rochester attract the talent that it clearly warrants.  Reasons to consider it include:

Here is the link on Amazon. 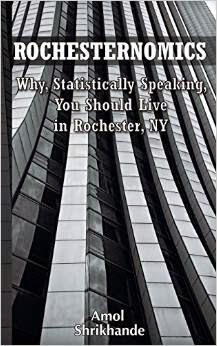 The Best School That No One Has Heard Of

We have seen that Rochester's surrounding counties can be agricultural powerhouses.  But is there anything else going on in the middle of nowhere? Nestled in one such county, Livingston County, is a small and seemingly anonymous public liberal arts college.  In usual Rochester fashion, the anonymity has much more to do with brand (or lack thereof) than actual quality.  Located about 30 minutes south of Rochester, the State University of New York (SUNY) at Geneseo is in reality one of the best public universities in the nation:

Posted by Amol Shrikhande at 7:59 PM No comments:

The mention of Rochester brings to mind many things...ethnic cuisine is not one of them.  If New York City evokes visions of fine dining with an eclectic fare, the Rust Belt evokes visions of meat and potatoes.  And just to help fuel this stereotype, Rochester's most famous addition to the culinary scene is the Garbage Plate, a mixture of hamburger or hot dog meat with some form of potato and mac salad, all covered with a greasy meat sauce (very tasty by the way.)

But in typical Rochester fashion, the ethnic food scene has a tendency to surprise.  To be clear, the quality, flavors, and options do not remotely resemble New York City.  As a trade off, Rochester is a tad bit cheaper, has slightly less traffic, and does not require 2-year-olds to interview for preschool.  Using rocwiki.org as a guide, some unanticipated food choices in the region include: 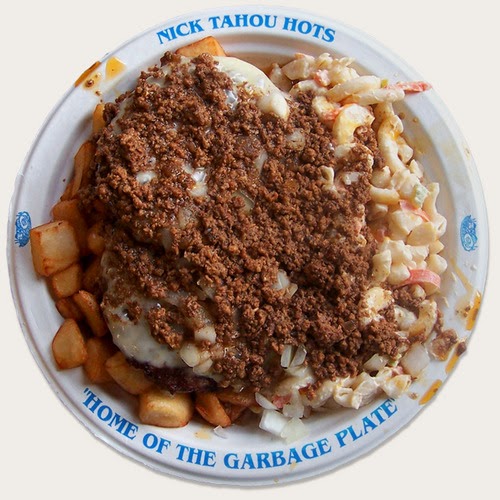 When moving from the BosWash corridor to Rochester, I was often questioned about the reasons for wanting to live "in the middle of nowhere."  To start, the Rochester Metropolitan Statistical Area has almost 1.1 million people and is sandwiched between a metro area with over 1.1 million people (Buffalo) and another with close to 700,000 people (Syracuse)...hardly the remote region that might be envisioned.  But even if we go ahead and accept this label, it's worth examining what people living "nowhere" do.  Interestingly, many of them help provide this stuff that we sometimes like to eat...it's called food.  Agriculture in the Rochester region is no joke:

Posted by Amol Shrikhande at 4:26 AM 3 comments:

For a region pinned as gray (clouds) and white (snow), Rochester is remarkably green.  The ability to have a cultural urban experience and peaceful outdoor experience exist side by side in a way that would be difficult to replicate in a larger metropolitan area.  Here are some interesting facts about Rochester area parks: 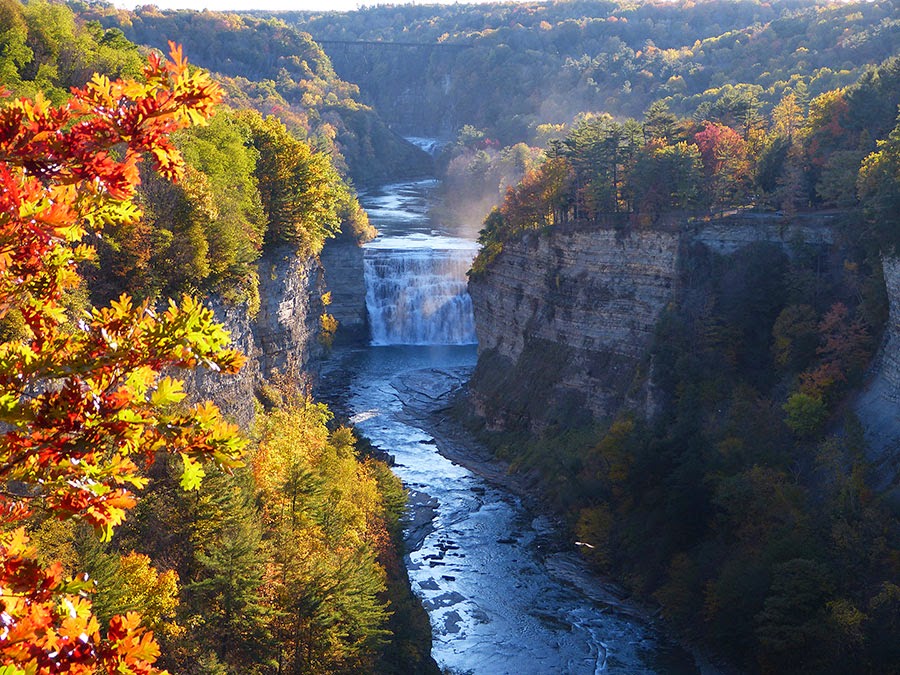 As is the case for music, Rochester seems to have a strong inclination to the arts in general.  Art galleries, museums, and live theater seem particularly abundant.  In fact, it is this inclination that consistently allows transplants from larger cities to become enamored with Rochester's big city amenities which come without big city headaches.  But can a town with such a questionable reputation actually be so cultural? Outside perception clearly has this question answered with a no.  What is the reality?

As reported by the Democrat and Chronicle, Southern Methodist University's National Center for Arts Research recently released its first annual Arts Vibrancy Index.  Using a wide variety of data sources, vibrancy was measured as the level of supply, demand, and government support (state and federal) for arts and culture on a per capita basis.  Among Metropolitan Statistical Areas with populations of 1 million or more, the most vibrant art communities were:

Posted by Amol Shrikhande at 5:06 AM 2 comments:

Rochester vs. The Caribbean

After returning from a first ever cruise, I couldn't help but ask the question: can a frigid Rust Belt town like Rochester compare to a cruise ship and three Caribbean islands? Here is a breakdown of 20 offerings:

Posted by Amol Shrikhande at 5:13 AM 2 comments: